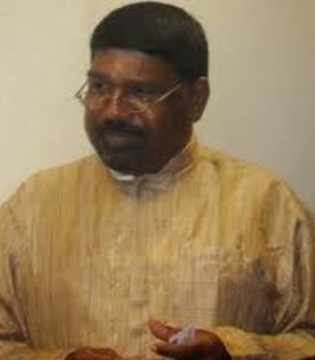 The PSCBC has learned of the tragic and untimely passing of Cde. Dhaya Govender that was fatally injured in a motor vehicle accident.

Cde. Dhaya was the former General Secretary/ Executive Officer of the Education Labour Relations Council (ELRC), he was also one of the founding members of the PSCBC and a true champion of workers, teachers in particular. He began his career as a teacher and was a community and political activist. After resigning from teaching to take up a position in a UDF (United Democratic Front) affiliate DHAC (Durban Housing Action Committee) a federation of CIVIC organisations to make a contribution in the struggle against Apartheid. He was then involved as an active member and Shop Steward of the South African Democratic Teachers Union (SADTU).

Dhaya will be remembered for his great sense of humour and his willingness to serve people, he was and individual who was well liked by all. We are eternally grateful for the contribution that Dhaya has made to the Bargaining Councils, Labour Relations, Public Service  and the Country at large.

Our thoughts and prayers are with the Govender family during this difficult time, we  pray that the Lord grants you courage and strength. Any funeral arrangements or memorial/remembrance service will be communicated at the appropriate time.

May your soul rest in eternal peace Cde. Dhaya.